Film-maker Eric Drath has the basis, with ample footage, for a limited series focusing on the hunt to close the case of the murder of Macho Camacho.

The NYC resident, being COVID-wary, had on Dec. 4 two groups of ten friends gather with him to watch “Macho: The Hector Camacho” story, which told the tale of the talented and troubled fighting pride of what used to be called “Spanish Harlem.”

“I’d been changing little things here and there, verbiage, the cards, in the last two weeks,” Drath related to me the day after the doc dropped on Showtime. “And finally it was at a place where it was done for me, and it was bittersweet. ‘This is the film.’ I’m happy with it.”

A work like this one, there isn’t an ending with a bow tied on, there isn’t that closure effected, which sums up the legacy of the subject, and allows the watcher to feel at ease that they know pretty much all there is to know about a fistic legend. That's why I think that Drath can do a Part B, essentially, and keep going in tracking the hunt for those responsible for the shooting.

Camacho was shot and killed in Puerto Rico, in 2012, and the person or persons behind the murder have not been brought to justice. 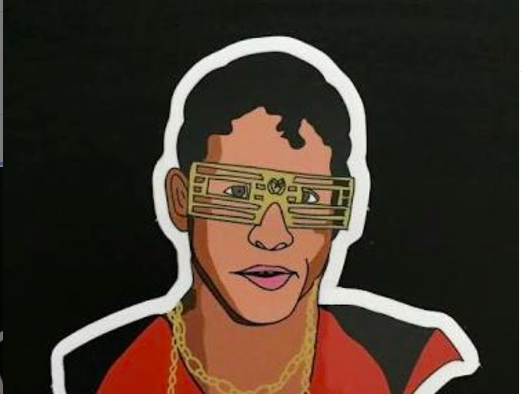 Macho had a comic hero appeal. But the emotions simmering in family and those closest to him, left behind after his murder, sting for real.

The last portion of the film shows Drath seeking information on that aspect of the life of Macho, which is no loose end, but rather a never-ending chapter which breeds in those left behind some amount of distress and unsettlement.

Drath produced the 2008 release “Assault in the Ring,” a thoroughly engrossing talewhich also traffics in the lingering effects of trauma, on families, through the broken lens viewing the 1983 Billy Collins-Luis Resto fight at Madison Square Garden. He’s a specialist in this sphere, then, and it handles it deftly, letting a viewer formulate their own take on the lingering effects of trauma, rather than commanding us to listen to his POV on the issue.

For this one, he stopped filming in February, before the pandemic started making unwanted housecalls around the United States. And one of his last field treks is seen in the last part of the bio-doc; we see a later-life friend of Macho, a cab driver in Puerto Rico, interviewed. He tells Drath how he came to know Macho, who had de-camped to Puerto Rico, where he was born, when he decided to stop prize-fighting.

The cabbie, nicknamed “Pasteles,” said that he was extremely fond of Hector. Even when they were at a strip club, and Hector decided to drive off in his buddies’ cab, he still loved the animated ex pugilist. 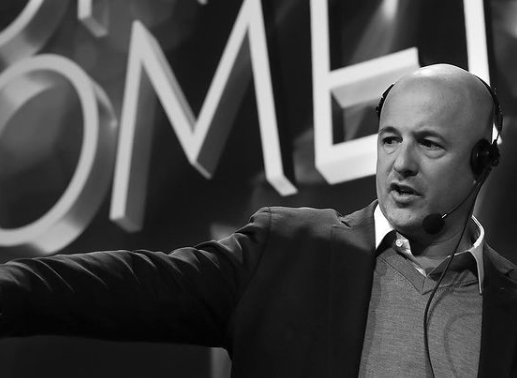 Film-maker Drath has the makings of a potent limited-series, if he decides to work toward achieving closure on the Hector Camacho murder.

Drath told me he went to Puerto Rico a half dozen times, because that’s where Macho was murdered, and he wanted to see if he could spur action to get the case to a resolution point.

In the movie, we see that Macho’s mom Maria is called for a meeting with authorities, who tell her they know who did the hit, and that law enforcement expects a rollup of persons of interest. Macho’s mom is seen looking elated–she looks upward and thanks a higher power for being generous–because she is under the impression that she will be gaining closure.

But as of the film’s debut, word hasn’t dropped that anyone has been arrested in the murder of Camacho in Bayamon.

No rollup by the authorities in Puerto Rico occurred. And tragically, the cab driver “Pasteles,” we are told, was shot and killed, himself. No arrest has been made in that killing, either.

More work for the cops in Puerto Rico. Drath in talking to his contacts feels like one person involved in the killing of Camacho, who was sitting in the passenger seat of a car driven by a pal, who was also slain, has himself been offed.

“The other person, authorities believe they know who that is, they are trying to put evidence together, there’s always two parts, the who and the why,” the film-maker said to me after the debut. “They are close to putting it all together, from what I’m told and I believe that to be true.” 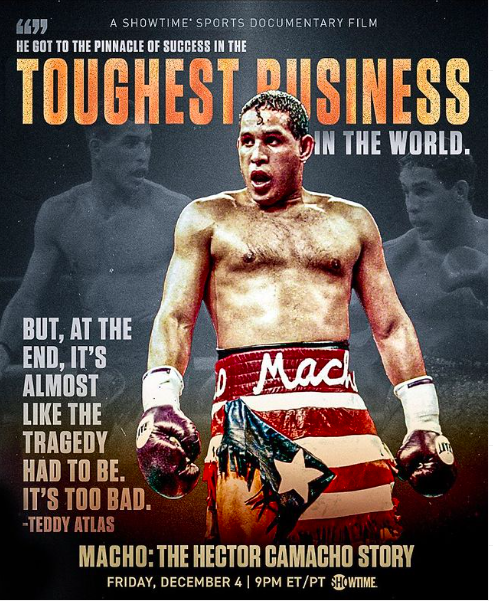 The doc streams on demand, for Showtime subscribers.

We discussed how in cases like these, it can appear to people that a resolution is close, justice is thisclose to being served…and then it isn’t.

And there’s more waiting….and hoping…and frustration and sadness and anger, a stew of emotions.

HBO right now is playing a limited series which contains this sort of “storyline.”

“Murder on Middle Beach” presents the story of a family massively impacted by an unsolved mystery. Director Madison Hamburg felt the severe sting of his mom being murdered, in Madison, CT.

That 2010 killing wasn’t solved, and so after a few years, the young man decided that to help cope with his continuing grief, he’d do a doc on the case, and see if he couldn’t break the investigative log-jam. The series ended with a continuing question mark–Madison is able to obtain police files from the case, and he has a team of private investigators looking into the matter, to see if they can narrow the suspect list down. Viewers are left feeling like it seems as though Madison’s dad Jeffrey is a quite likely culprit, being that he was in the midst of divorcing Barbara Beach Hamburg, and there are copious records indicating he was involved in massive money deals all over the globe.

It feels like to me that Drath could go down the route driven by Madison, and put together a limited series which just looks at the Camacho murder, and the process which has played out, much slower than is preferred from people who deserve more, which is, frankly, anyone who knew Macho.

“We did our own investigation, and we have more than is shown in the film,” Drath told me.

“This is an unsolved case, of a high profile person, it occurred in a dangerous area, and the hitmen slipped right through the fingers of authorities there.”

Drath seems pretty optimistic that these justice wheels will grind toward truth. He speak highly of the FBI agent seen in his film, Doug Leff, a “hard-working Yankee fan,” in his words. ”

I have faith in Agent Leff,” Drath said. “Now, I can’t get into specifics, but I do believe the FBI seems to now be involved in the case, and hopefully that will create the opportunity to crack this case.”