Boxing’s Barnum is 90 years old, and yes, his handling of the Jan. 29, 2021 DKP promotion topped by a Trevor Bryan-Bermane Stiverne battle for a WBA heavyweight title didn’t remind anybody of his peak period. The event screened on his own website and on FITE TV, because no larger platform wanted a piece of it. “It” turned out to be three bouts, and a couple offerings from the DKP fight library.

But King persists, it appears. He’s not choosing to close the book on his voyage as a talent to rival to PT Barnum and Mike Todd just yet. 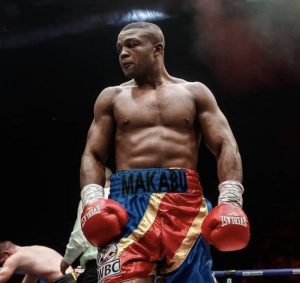 Makabu has been a pro since 2008. Yes, King still has some fighters under contract.

A release went out Wednesday afternoon announcing that the “world’s greatest boxing promoter” would stage this cruiser clash.

A warning bell went off in my head when I read the faceoff will be held “in the next two months.” The disarray leading up to King’s previous effort wasn’t of the typical sort. Sure, promoters can expect a fight or two to fall out, that sort of thing. 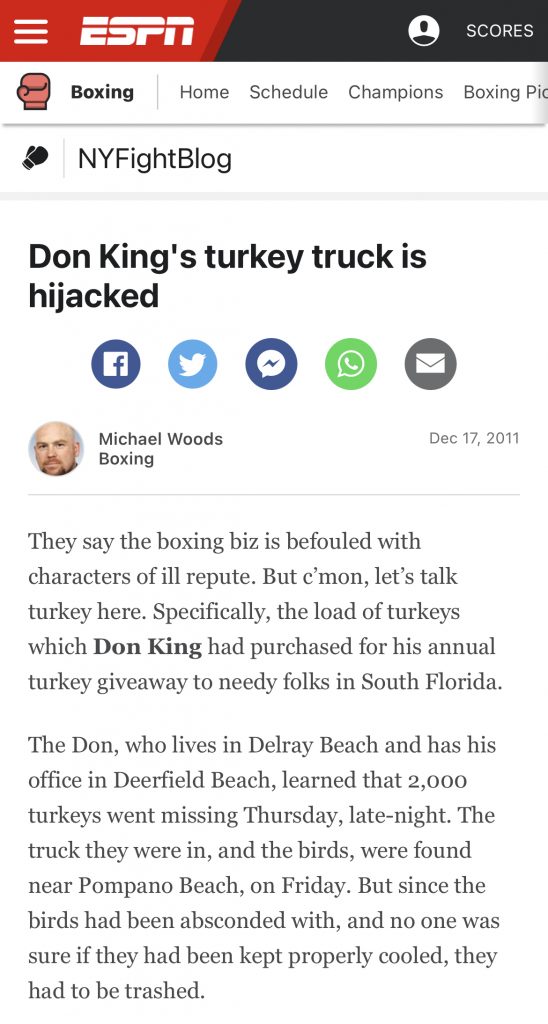 “Stuff” does seem to happen to King and his cards. I found this clip while Googling.

But the venue for the Bryan-Stiverne deal wasn’t made official until the last minute. I kept calling the Hard Rock in Florida which was supposed to be the staging ground, and two days before the fights occurred, hotel staffers told me that it wasn’t on their schedule and they’d heard nothing about it.

King didn’t refer to that choppy effort, in the release he says, “This is going to be one action packed championship fight. They are both warriors and this battle could result in one of the best championship fights of the year.”

Makabu holds a 28-2 with 25 KOs mark. The 33 year old athlete from the Democratic Republic of The Congo, living in South Africa, defended his title in his hometown Kinshasa, stopping 41 year old Olanrewaju Durodola in round 7 last December. 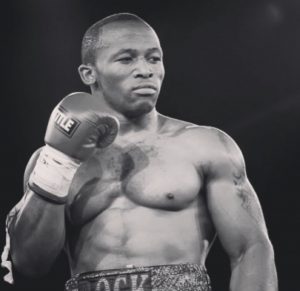 If this King plan holds—and I’m not trying to be a punk when I say planning two months out when you are 90 isn’t as ideal as it was when you were 35—then it’ll be a lefty vs lefty collision, date and site TBD.

Inevitable trickeration and tomfoolery as the announced fight moves toward “cemented” status,  I fear, will be TBA in the coming weeks.

Otto Wallin Hopes Matchroom and WBC Do the Right Things