Zolani Tete Back On The World Stage 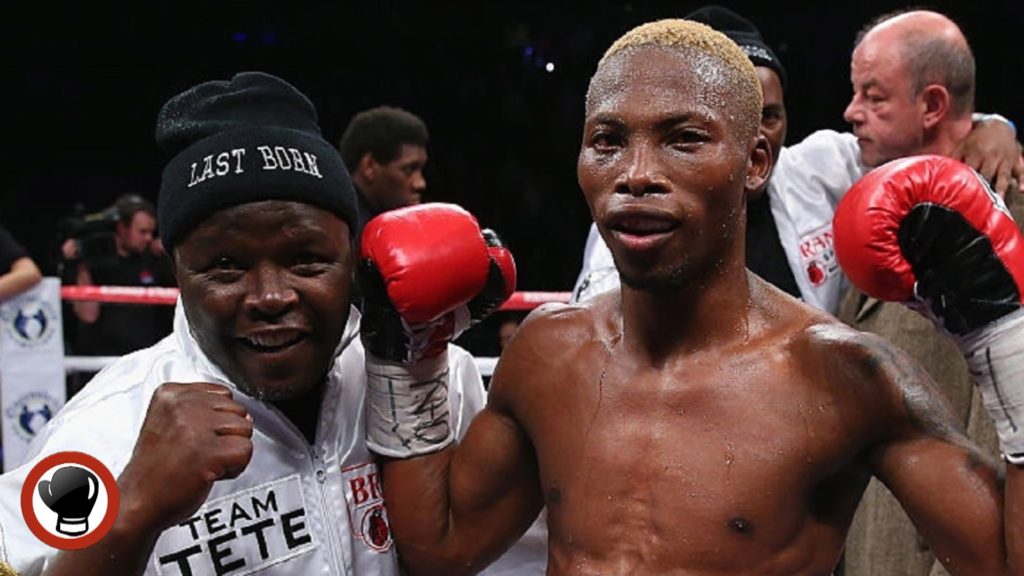 While not exactly an unknown quantity it is good to see Tete back on the big fight radar and looking as if he will now be involved in more high profile contests in the near future.

The fight last weekend was Tete's first outing in ten months, and the latest under his current deal with UK promoter Frank Warren.

Now a familiar face to fight fans on these shores, Tete was making his fourth appearance in a UK arena, the man from South Africa's Eastern Cape region put on a masterclass against his opponent who was ranked above him by the WBO prior to Saturday's bout.

Those rankings were made to look ridiculous as Filipino Villanueva struggled to land any anything of note on “Last Born.”

Tete made full use of his four inch height and three inch reach advantage to keep Villanueva at range, boxing carefully behind his jab and landing his hard left hand at will. Villanueva showed he had a good chin as despite being buzzed a few times he survived until the 11th round before he went down for a count.

If you were looking for absolute perfection from Tete on Saturday you could say he should have pushed harder for the stoppage. He clearly decided to stick to his plan though against an opponent who had previously only lost once. Another impressive aspect of Zolani's performance was the way he allowed Villanueva to step into range but then frustrated him with his superb upper body movement. Time and again Tete used this tactic to score with impressive counter punches. This is a boxer who will present significant challenges to any of the current title holders at 118lbs.

A matter of hours before Tete stepped through the ropes in Leicester on Saturday the WBO announced that their title holder, Marlon Tapales, had failed to make weight for his title defence in Japan on Sunday. Tapales was two pounds over the limit although his contest with Shohei Omori went ahead. Tapales won the fight via 11th round TKO which leaves the title vacant. At this time it has still not been officially announced what the situation is regarding the title but the most sensible approach now would be for the WBO to upgrade Tete from interim to full champion. A decision is expected later this week.

Tete is predominantly a counter puncher. He is a beautifully stylish boxer who is gifted in every facet of the sweet science. The way he is built he usually holds all the aces in the height and reach departments and he knows how to make this work. As his record tells us he can also bang a bit too – any opponent who gets reckless will find themselves temporarily removed from their senses.

It looks like Tete's journey from super-flyweight world champion to bantamweight title holder is now complete. The 5'9 fighter made a huge impact on the UK boxing scene in 2015 when he travelled to Liverpool to defend his IBF 115lb title against then undefeated local boxer Paul Butler. Indeed Butler (then 17-0-0, 8KOs) had already won a world title at bantamweight before vacating and stepping back down to super-fly to challenge Tete. Going into that fight promoter Frank Warren had made a deal to hold an option on Tete moving forward but certainly most pundits and fans were expecting Butler to be the man leaving with the IBF title that night. It wasn't to be, Tete boxed beautifully before knocking Butler out with a hammer of a left uppercut in round eight. For anyone not previously in the know the secret was well and truly out – Tete is a serious operator at world level.

Since that night Tete has moved up to bantamweight although injuries have slowed his progress a little. He is now where he wants to be and helped by the new TV deal secured by his promoter he can now press on and look to dominate the 118lb division. Remarkably tall for a boxer operating in the lower weight divisions we may see Tete eventually competing at super-bantam or even featherweight.

For now though the focus is on matters within his current weight class. The WBO world champion in all but name, Tete in my book would be favoured over any of the other current title holders apart from WBC king Shinsuke Yamanaka. If indeed he is elevated to full champion by the WBO he may need to take care of some mandatory obligations before being able to target unification fights. Hopefully this process doesn't take too much time.

“Last Born,” the UK promoted South African southpaw should be involved in some huge fights before long. Now 29 and seemingly entering his prime Zolani Tete is certainly a fighter you don't want to miss.

Related Topics:Boxingfrank warren
Up Next

Lanell Bellows Fights April 29, To Get Into the Big Fight Mix