On Saturday night, boxing was made available in DC, and streamed on Facebook, on the Fightnight Live series, now in its second season.

I worked blow by blow, with Franchon Crews-Dezurn… Crews-Dezurn and Woods before the show kicked off. Pic by David Spagnolo.

…and we were both quite impressed with the headliner, Alantez Fox. More on him in a moment…Now all the pics you see come from the eyes and lens of David Spagnolo. I always enjoy his work, and that's why I am posting this pic-heavy look back… Before the main event, we were most impressed with Christian Esquivel (below right), a 126 pounder from Mexico, who took on 7-1 Jordan White. The Mexican hitter lost a UD6 but won our hearts, with his gritty effort. Michael Woods in deep thought before the show starts. 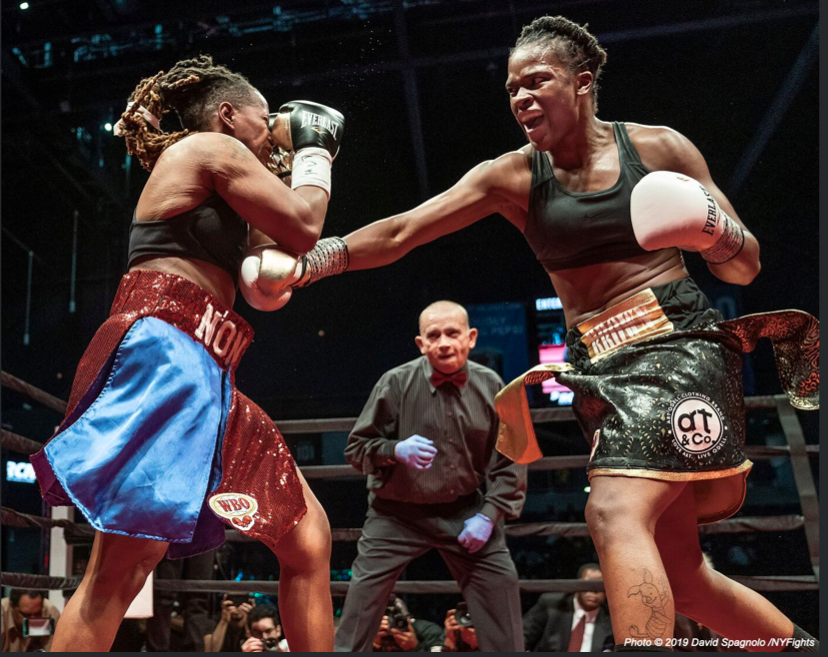 This cop can keep the peace…and disrupt things too, when the time calls for it. Tiara Brown is a rising star. David Spagnolo pic.

The main eventer, Alantez Fox, was “on.” Yeah, Nick Brinson scored with some rights; but then Fox, now 25-1-1, adapted, and pulled away. Fox had the height advantage, and used it well. Now you kind of know how Brinson felt.

Seven bouts, some solid matchmaking. The B sides came to rumble. And the viewers responded–230,000 views and counting.

Has Boxing Stepped Over the Line, With Trash/Hype Talk?