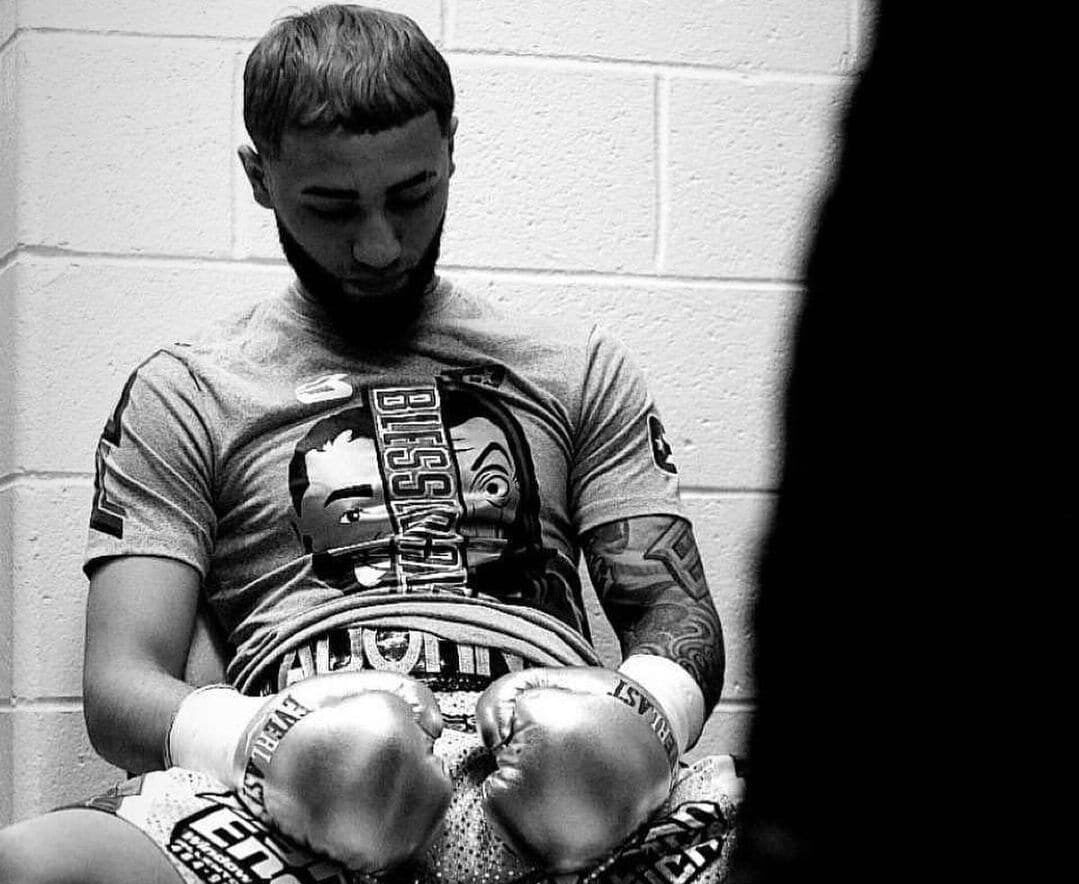 It's Friday night, and what better way to spend it than by tuning into live boxing from the Bally's Hotel & Casino in Atlantic City, NJ. ShoBox: The New Generation returns with a card that is headlined by Joseph “Blessed Hands” Adorno (16-1-2), who is looking to regain his momentum as he faces the undefeated Alberto Roldan (21-0-1) from Argentina. As always with ShoBox cards, the matchups from top to bottom are solid and will make for some entertaining fights.

The career of Joseph Adorno to those who follow the sport is filled with what could have been. That would be a fair assessment if he was close to thirty years old and had more than ten years as a Pro, but he doesn't. I had to remind myself of that when I looked again at his age on BoxRec, which reflected him being twenty-three years old with only five years as a Pro. Don't get me wrong, those five years have been filled with high expectations, taking things for granted, and moments that were both embarrassing and humbling. Given that, there is still time to right the ship, so to speak, and get that world title shot that is much desired.

When considering all of these things, the question becomes, who is Joseph Adorno in 2022? When asked, Adorno quickly & confidently answered, “Joseph Adorno from March on is a new person. I thank Michel Rivera for the loss as it humbled me. It made me work harder, stay in the gym and love the sport once again.” When hearing that, you would normally get that from a much greener fighter, but that answer screams some regret and knowing more should be expected out of himself.

The word pressure is real, and being an amateur standout, Adorno rode the wave and signed to Top Rank, where things seemed like they were headed towards stardom. But with things coming fast while not being an adult just yet, you tend to take things for granted and embarrassing moments occur like the times he missed weight for a fight on consecutive dates. Adorno eventually parted ways with Top Rank and is now looking to regain the attention he once had. So was it the pressure that got to Adorno early in his career that resulted in those lapses of judgment?

Adorno told NYF, “It was no pressure at all. It was just a lack of training. I wasn't in the gym at all. If I fought today, I wouldn't go back to the gym for two months until I got a new fight date. I wasn't being an athlete, and it got to me. I thank God for giving me the loss and waking me up from that dream that made me think I was unbeatable.”

The twenty-three-year old continued, “After the 2020 fight, I didn't go back to the gym at all. In 2021 for the (Jamaine) Ortiz fight, I trained myself for two weeks, and you see what happened in that fight. When the Michel fight came, I had a three-week notice and lost that fight. After that loss, I woke up and said, ‘if I can stay in the gym, I can really hang in there with these guys.' Look at Ortiz, he is fighting Lomachenko next, and Rivera is ranked #2 in the world, and I went ten rounds with him.” Moving forward and discussing the task at hand later tonight, Adorno faces Roldan, who is virtually unknown to most. But he is promoted by Sampson Boxing, which has one of the best eyes for Latin American talent in the business. Although Adorno competes at lightweight, this fight will be at junior welterweight since he took it on short notice. When he received the call about the fight with the potential of a world title on the horizon, Adorno quickly said, “let's do it.”

To ensure he remains on track with his career, which includes his weight, Adorno brought on trainer Raul “Chino” Rivas, who is known from being the trainer of former super featherweight champion Tevin Farmer. “He has guided me on the right path since he started training me and makes training fun. He doesn't make me train just to train” said Adorno. It looks like Rivas provides the structure Adorno needs to continue succeeding in the sport.

What does he think of his opponent, and how does he see this fight playing out tonight? Adorno confidently told NYF, “I don't know much. I have seen like a ten-second clip as I don't like to study my fighters too much. How they fight against that opponent doesn't mean they will fight like that against me. I have seen that he is an awkward fighter who likes to box and run around. I let my coach do that (watch video) and practice every day in the gym. Adorno continued, “I see myself being the aggressor. I like counter-punching, but if he runs, I have to stay behind my jab and be that pressure fighter. God willing, we come out with the victory.” Although lightweight is flooded with talent, there are potentially more options at junior welterweight, so is Adorno going to stay at 140 after this fight? Adorno told NYF, “With the weight issues in the past, I was doing it myself all crazy, which was really messing me up. Now it is different as I'm staying away from home with my coach (during training camp). They cook for me and make sure I'm not eating anything wrong. They also check my weight every morning and every night. I know the weight cut to 135 won't be a problem anymore, but I do know that later on, when it starts to become a problem, I'll definitely move up to 140.”

Adorno has his hands full tonight on Showtime (9 p.m. ET/6 p.m. PT), but he wanted to ensure that this message was sent to those tuning in. “I know Puerto Rico has a drought with boxers, but I'm here. I'll prove to everyone that I am a great fighter on Friday night.”