Here is a note from Bruce Silverglade, the boss of the famed and fabled Gleasons Gym in DUMBO, Brooklyn, NY, USA. The gym-runner reacted to the death, at age 67, of ex heavyweight champion “Neon” Leon Spinks.

Leon Spinks shocked the world, apart from himself, when he battled Muhammad Ali in 1978 and he beat “The Greatest,” via split decision.

Read how RING Magazine saw the Spinks jinx of Ali in Vegas in February 1978.

A gold medal winner at the 1976 Olympics, in Montreal, Spinks had a total of seven pro fights coming in to his skirmish with Ali. This was an upset for the ages…. 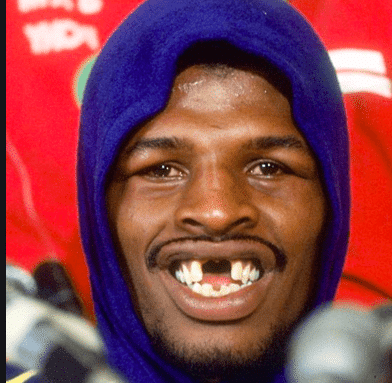 I was saddened by the news that Leon Spinks had passed on Friday. As some of you know, Leon had spent time training at Gleason's with his brother Michael many years back, and he was always one of our favorites.

I met Leon, before his historic upset of Muhammed Ali, at the Montreal Olympics in 1976 where he won the gold medal in the light heavyweight division by defeating Cuban Sixto Soria. He was 178-7 with 133 knockouts as an amateur.

Leon Spinks was inducted into the Nevada Boxing Hall of Fame in 2017 along with Michael.

Despite his physical ailments, Leon Spinks always remained good-natured and donned a gigantic smile whenever he was recognized by his fans. He's survived by his wife, Brenda; his son, Cory; and his brother, Michael.

NOTE: Gleason's has been humming along nicely since re-opening after the state allowed gyms to open their doors. Their programs that people know and love are getting back on track, too! Click here to see what Gleason's has cooking in the months ahead.