Chocolatito To Fight Estrada 8 Years After First Battle, On March 13, 2021
Philadelphia, PA (October 23, 2019)– This Friday night, Avril Mathie will risk her undefeated record when she takes on 24-fight veteran Karen Dulin in a four-round bantamweight contest which will serve as the co-feature of a nine-bout card at The 2300 Arena In Philadelphia.
The card is promoted by King’s Promotions.
The main event will see super middleweight Brandon Robinson (13-2, 9 KOs) of Upper Darby, PA battling Martez McGregor (8-2, 6 KOs) of Maywood, Illinois.
Mathie of Gold Coast, Australia, and now living in Miami, has huge social media following which includes over 1.2 million Facebook fans as well as hundreds of thousands more on Twitter and Instagram.
Mathie who holds a record of 3-0 with two knockouts began boxing in 2012.  She 1st started out in Muay-Thai for fitness and then broke her foot.  During that rehab time, Mathie could not use her knees or kick, so to just stay fit she started boxing, and the rest is history.
“I was modeling and competing in pageants, and it was a thrilling to be on stage.  It gave me adrenaline and now boxing fills that for me,” said Mathie
Mathie also is an acclaimed swimsuit model who  has been featured on her own Youtube show
In 2014, she was Miss Swimsuit International, and the very next year, she took home the prize of in the Las Vegas Model Search. 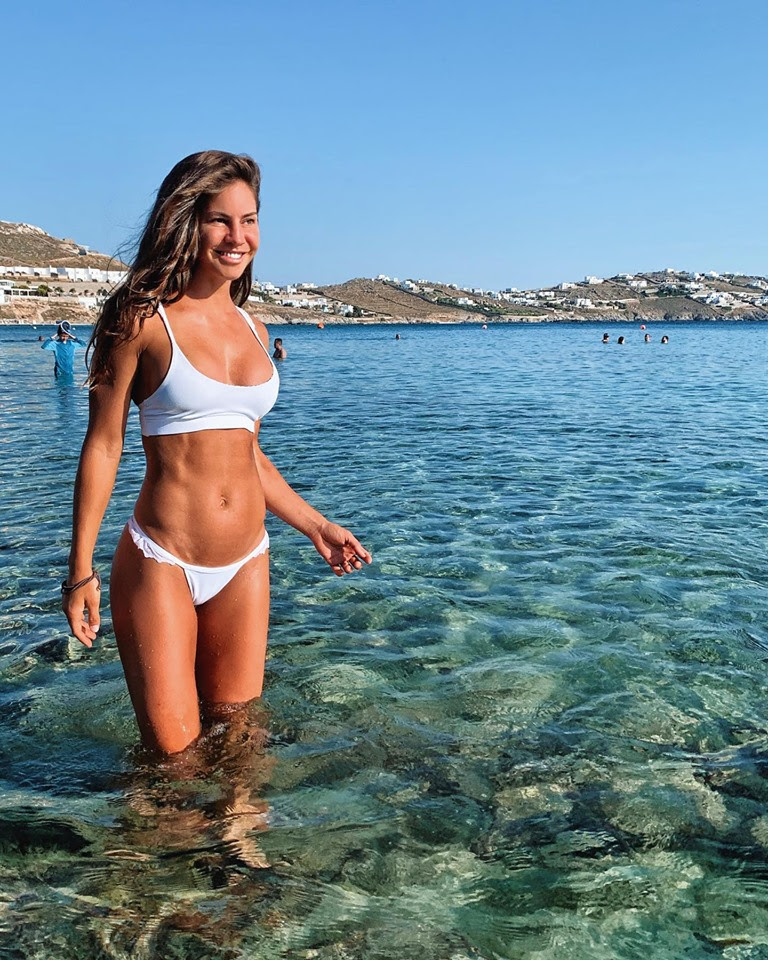 “I can see the improvement with each fight.  I am improving while being entertaining at the same time.”
With her popularity and humbleness, Mathie is a very relatable boxer, who believes that she can be an inspiration to all young females.
“I have something different to offer then the basic fighter.  I am relatable and honest.  I feel that I can be inspirational to anybody.”
Coming from Australia, Mathie has heard about the historical fight town of Philadelphia, and she is eager to showcase he skills in front of the knowledgeable fight crowd at the 2300 Arena.
“I am super excited to fight in Philadelphia.  I trained in Greece, and (former world title challenger) Mike Arnaoutis lived in Atlantic City, which is near Philly, and he told me how great it is to fight in Philadelphia.  I am fighting a very experienced fighter in Karen Dulin, and I am looking forward to the challenge.”
Mathie is managed by MTK Global.
Two Philly-Favorites will see action in separate six-round junior welterweight bouts as Naim Nelson (13-4, 1 KO) of Philadelphia battles Roy McGill (6-3,3 KOs) of Harrisburg, PA and Damon Allen Jr. (15-1-1, 5 KOs) of Philadelphia fights Dieumerci Nzau (11-9, 8 KOs) of Silvr Spring, MD.
Also in six-round bouts will be Shinard Bunch (3-1, 3 KOs) of Trenton, NJ taking on Vincent Floyd (4-8-1, 2 KOs) of Philadelphia in a welterweight contest.
Rasheen Brown (4-0, 1 KO) of Philadelphia looks to stay undefeated against an opponent to be named in a super bantamweight fight.
Destyne Butler (6-0, 4 KOs) of Chicago battles Brandon Baue (14-16, 11 KOs) of Tri, Missouri in a super welterweight contest.
In four-round bouts:
James Martin (4-1) of Philadelphia squares off with Juan Rodriguez (8-15-1, 6 KOs) of Haymarket, VA in a welterweight fight.
Nicoy Clarke (2-4) of Jersey City, NJ tangles with Angel Rivera (4-1, 3 KOs) of Harrisburg, PA in a cruiserweight battle.
Ryan Umberger (2-0, 2 KOs) of Philadelphia fights Leon DeShields (0-6) of Camden, NJ in a junior middleweight clash
THE WEIGH IN WILL TAKE PLACE ON THURSDAY, OCTOBER 24TH AT LA QUINTA INN AND SUITES (49 INDUSTRIAL HIGHWAY IN ESSINGTON, PA) BEGINNING AT 5 PM ET
Tickets are $100, $75 and $50 and can be purchased at www.2300arena.com
The fights can be seen live on Facebook Fightnight Live
Related Topics:avril mathieboxingFacebook FIGHTNIGHT liveking's promotions
Up Next

Canelo vs Kovalev Will Play In Fathom Movie Theaters

A Moment Of Silence For The Passing of a Friend