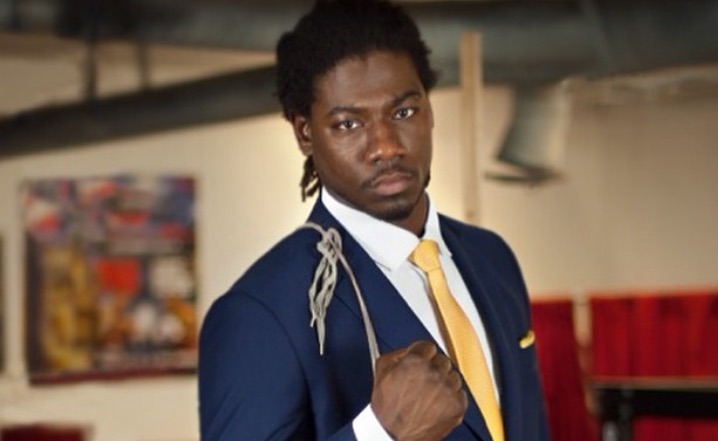 “Prince” Charles Martin chomped at the bit, almost giddy, ready to do his thing, show the payoff from doing the things that bring pain now, but payoff later.

He was at the famed and fabled Gleason's Gym in Brooklyn on Tuesday, counting down to Saturday's tangle against Czar Glazkov at Barclays Center, on a card promoted by Lou Dibella.

The California resident indicated that he's more ready, for his Showtime fight, in a better position to succeed, because he saw the light, the breadth of the possibilities if he wins this IBF heavyweight title up for grabs.

Martin (22-0-1, with 20 KOs; best win arguably over Joey Dawejko) seemed loose, in a good way, confident but not overly so. “I've been training harder,” he said, as managers Mike Borao and Paul Cain, who promoted him with Michael King, listened in. “What have I been doing differently? All the stuff I didn't like to do, I'm doing it. Running the mountains, doing the five mile runs, running the hills, doing pull-ups, etc.”

So what has changed for the lefty advised by Al Haymon, and why? “I recently realized where I can take this sport if I get on it.”

He told another questioner, who wondered who he might be compared to in the past, George Foreman. But with faster hands. I told him I had just heard Team Glazkov talking about his SLOW hands. WTF?

Martin explained that he sees slow hands when he watches himself on tape, at times. But then he sees something, during a fight, turns up the burner, hurls with more velocity. He laughed, and said, “I'm gonna show them!”

His crew and him agree Czar has a seasoning edge, so Martin will have to prevail by being the more physical athlete in the ring, make technique less relevant. So, will the fans see a fun rumble, will Martin be looking to try and take Czar's head off?

“Oh yeah,” Martin said. “I'm gonna take his heart! How? I'm gonna be the alpha make, make him pay for whatever he tries.”

Tickets for the live event, which is promoted by DiBella Entertainment in association with Warriors Boxing and Sferis Knockout Promotions, start at $25, not including applicable fees, and are on sale now. Tickets can be purchased online by visiting www.ticketmaster.com, www.barclayscenter.comor by calling 1-800-745-3000. Tickets are also available at the American Express Box Office at Barclays Center. Group discounts are available by calling 844-BKLYN-GP.

LIVE STREAM FOR WILDER VS SZPILKA, GLAZKOV VS MARTIN