Hell hath no Fury like a woman scorned. In this case, that would be a “Big Mama” and a “pussy” recovered from abject depression who'd ballooned in weight only to be rescued by a man who can't get any Wilder.

Says he brought him back to life and then watched him rise from the dead. Talk about irons in the fire. Somehow, “Tyson” found a way to be inexorably linked to a WBC heavyweight champion of  “Bomb Squad!” dimension, very much in need of an iconic rival to ignite his fame if not flame, while solidifying his place in boxing lore.

Legends are always synonymous with one name. 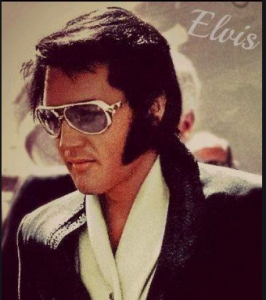 ..shoved aside the notion that he is the Lineal heavyweight champion while outdoing Jarrell “Big Baby” Miller in making divisional pillars moonwalk. 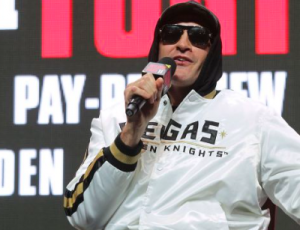 During a suddenly heated and very tension filled eruption between the two men on Wednesday, courtesy of what seemed to be behind the scenes tension of monumental proportion, I'm now expecting a very short fight or a long and progressive slaughter between a very different iteration of a white Jack Johnson and a black Jack Dempsey on primo supplements. 2020 is now here, and with it comes the first Superfight of a new era of hidden promise and exposed lies.

If Superman was supposed to be hope, then Batman is a warning.

Wilder, boo'd badly on American desert soil by a British contingent content to exacerbate a dark disloyalty in favor of a traditionalist malcontent, would be the version ensconced in reincarnated all black. At 231 lbs of chiseled granite, the charred and fired up “Bronze Bomber” will be some 20 lbs heavier for a rematch of seismic proportion. 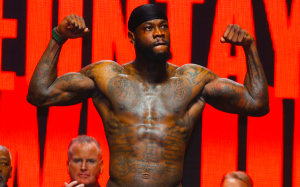 Fury himself, at 273 lbs, is roughly 18 lbs north of where he was in December 2018, which indicates a very different fight from the first. He was a silly and often times caped clown character in the lead up to his win over Wladimir Klitschko, literally producing Batman before subduing and outthinking the brainy Dr. Steelhammer in 2015. This time, the Pale White Horse of this promotion, is the Dark Knight.

This should be Hagler Vs Hearns II.

And if that's the case, the levies will break and the walls will crack, opening up the floodgates of pugilistic cataclysm with torrents of reprisal in Sin City. Drowning in vindictive ambition, Fury appeared from these optics to win the psychological warfare at a weigh-in softer than red velvet cake, thanks to a gutless NSAC. Don't they gamble in Las Vegas? Deontay Wilder, clad in a white Air Jordan hoodie, was not unlike Anthony Joshua in front of Jarrell “Big Baby” Miller last spring when he confronted AJ at Madison Square Garden before being replaced by Andy Ruiz Jr. I watched an enraged Big Baby shove AJ some 15 feet across the stage and sensed real fear in Joshua. I observed the same thing in the eyes and soul of Wilder on Wednesday, after being hurled the same distance by a simmering Fury looking to, well, Manscape the “Bomb Squad”, and deliver a slam dunk in improbable fashion. As for Wilder, I've always been of the opinion with respect to this current field of heavyweights, that if he comes in anywhere around 220 to 225lbs that he's unbeatable. Unbreakable even.

The problem is, he seems to be a lot like Mike Tyson in mental substance, in terms of bully mentality. He was unafraid of Dominic Breazeale and completely unconcerned with an ancient Luis Ortiz, who all but had Rigor Mortis etched on is trunks last November. Tyson Fury worries him, and that should worry you while in line to place your bet, for he views Wilder the same way Evander Holyfield viewed the aforementioned Tyson. 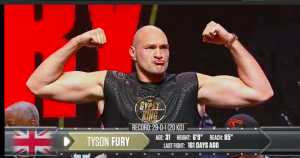 With an equalizer never present in either Denzel Washington movie, Deontay is a super sized Bob Foster with 3x's the potency in his overhand right in comparison to Foster's lethal left hook. But if Fury successfully closes distance right from the outset, Wilder's leverage will disappear, as will any leverage he can get on a right hand that very well could break nearby Hoover Dam. I don't know if the bow will break, but somebody's cradle will fall.