Darmani Rock Gets W in Philly

Keith Thurman: Boxing Is My American Dream Come True
PHILADELPHIA (October 20, 2019)– -Heavyweight Darmani Rock remained undefeated after Maurenzo Smith retired on his stool after round two of their scheduled eight-round heavyweight bout at The Met Philadelphia.

The bout headlined an eight-bout card that was promoted by Hard Hitting Promotions and Live Nation.

Rock dominated the abbreviated bout by using his quick jab, and in round two started mixing in some hard right hands. Smith never seemed to be in serious trouble but for some reason pulled the plug on the bout following the 2nd frame. 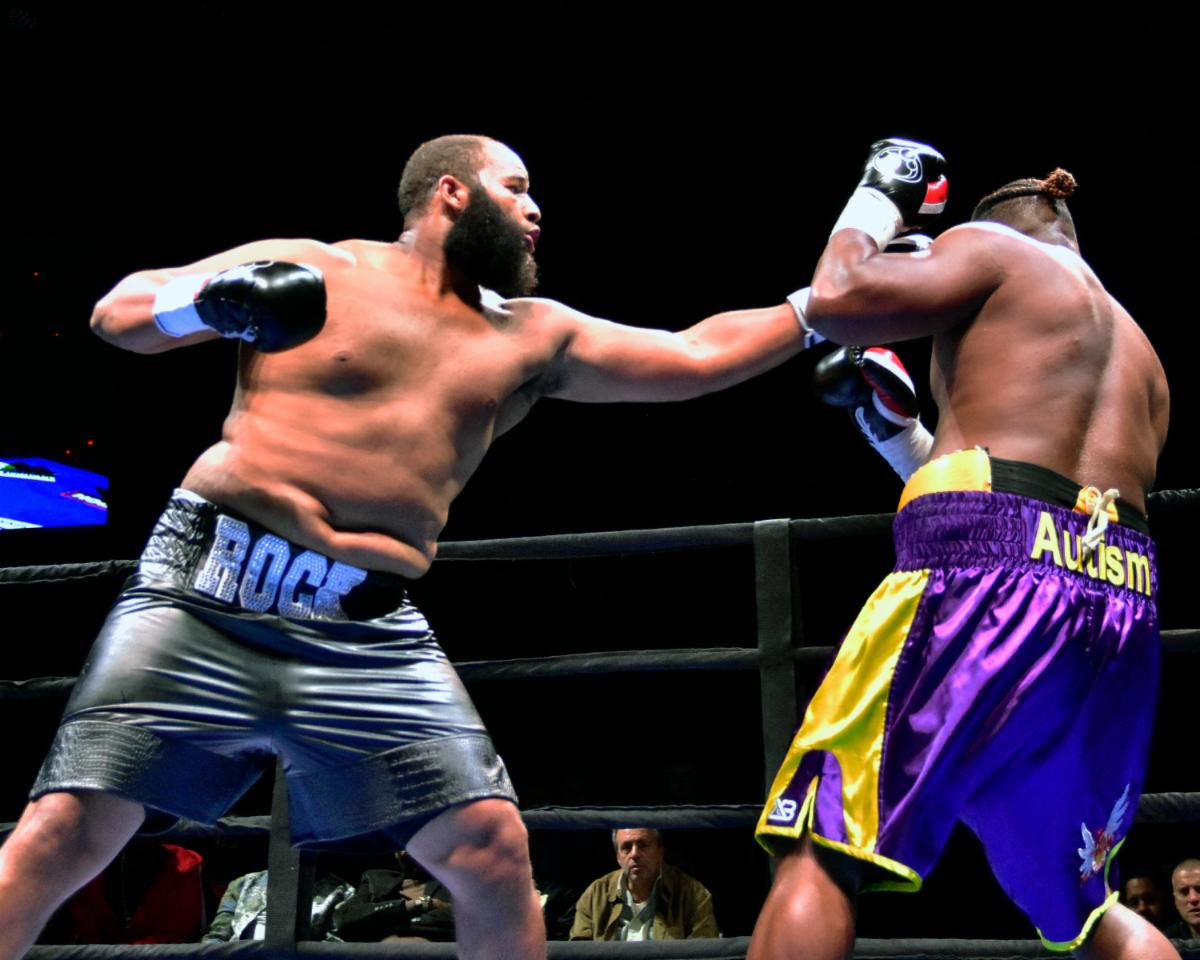 In round three, Cuevas whacked Hubbert with a huge left that sent him to the canvas. Seconds later, it was a booming left that sent Hubbert down a second time. Hubbert was sent to the deck again in the round with a left to the body.

Cuevas ended thing with another body shot in the 4th frame that put Hubbert down again, and referee Benjy Esteves stopped the bout at 1:46.

Cuevas of Philadelphia is now 12-1 with nine knockouts. Hubbert of Minneapolis, MN is 13-10,

Tapia dropped Santos with a thudding left hook to the body for which Santos could not beat the 10-count at 1:56.

Sinakin battered Golden in the 3rd frame until the fight was stopped at 1:43.

Sinakin of Philadelphia is 5-0 with three knockouts. Golden of Findley, Ohio is 1-1.

In an action filled round, Jan Carlos Rivera stopped Ricardo Escaeda in their four-round welterweight bout.

After a furious exchange to begin the bout, Rivera floored Escaeda with a thunderous left hand.. Moments later, it was a crushing left to the head that sent Escaeda down on his back, and the fight was stopped at 1:43.

Rivera of Philadelphia is 4-0 with four knockouts. Escaeda of Monterrey, Mexico 4-17-1.

Alejandro Jimenez remained undefeated with a four-round unanimous decision over Jerrod Minor in a bantamweight fight.

Saleem Kelly remained undefeated with a four-round unanimous decision over Jordan Rosario in a welterweight contest.

Ajagba Out, Frank Sanchez In, For Saturday PBC Card