Why Do So Many UFC Fighters Have Erectile Dysfunction?

Oscar De La Hoya & Co Team Up With Fierce Reflex In Honor Of Breast Cancer Awareness Month
PHILADELPHIA / LOS ANGELES – July 1, 2019 -This past Saturday night, Brandon Adams announced himself as a top contender as he put on a gutsy performance against undefeated WBC World Middleweight Champion Jermall Charlo in Charlo’s hometown of Houston.
The bout was the main event that and was televised live on SHOWTIME CHAMPIONSHIP BOXING®, in which Adams gave a strong account for himself.
Adams took some of the best shots that the power punching Charlo could throw, and not only was Adams never hurt in the fight, in the later rounds, he began to take the fight to the hometown champion. 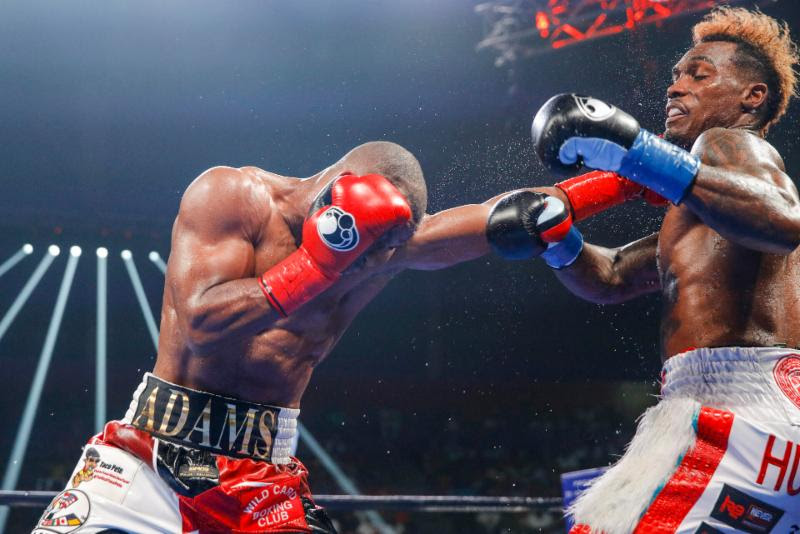 “I was ready to risk it all.  I went into the fight looking to dominate and get the stoppage victory.  I knew going into the fight that is what I needed to do going into his hometown,” said Adams.
Adams was not in the least intimidated by stepping into enemy territory, but there were a few things that happened during the fight that he did not expect which hindered his gameplan.
“The referee would not let me get low.  As you saw during the fight, I was crouching down to get inside, but the referee gave me a warning for doing that.  I had to think of a different way to get in there without revealing myself,” continued Adams.
Although, the television announcers and many on social media seemed surprised at the gutsy effort from Adams, the Watts, California native was very confident of his abilities as he entered the ring on Saturday night. 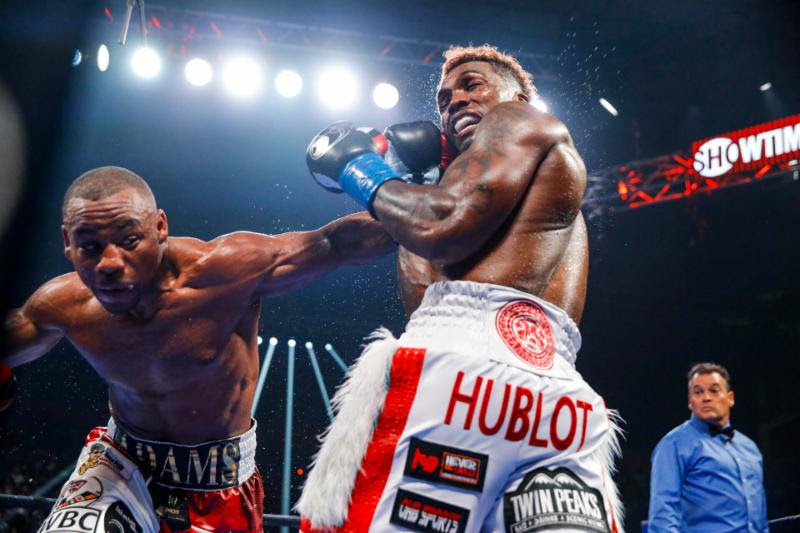 “I feel good. I knew I was capable of being on that level.  I took out of the fight is that there are a few little things that I can work on and that I could have done in there.  I did not know the referee would not let me get low or even let us fight in close as much as I wanted.  I felt he would break us a little quickly.  I also got hit in the back of the head a couple of times.  Fighting in his hometown was tough.”
“I know this fight will help me better myself.  Coming out of The Contender, my goal was to fight at 154 pounds, but this was a world title opportunity.  I proved that I am on that level at 160, and I will now look for the best opportunities at both 154 and 160.”
“We are very proud of Brandon.  He fought very hard and put on a great performance,” said Artie Pelullo of Banner Promotions.  “Brandon proved that he is a world class fighter, and now the world has seen what we already knew, that he is on the elite level. There will be many doors that will be open for him to secure more big fights.”
“I was impressed on how Brandon performed,” said Jeff Wald, Co-Creator and Co-Executive Producer of The Tournament of Contenders.  “He has a big career ahead of him at both 154 and 160 pounds.”
Related Topics:boxingbrandon AdamsJermall Charlo
Up Next